Stenciling is the process by which a pattern or image is created in various art forms and designs. It is done by applying a form of pigment over an intermediate object which is referred to as the stencil. The stencil or intermediate object generally has gaps which create an image or pattern by filtering the pigment. The stencil can also refer to the design or image that is a result of the process.

The stenciling object can be any range of material; such a paper, wood, metal or plastic. These generally have images, letters, or designs cut into them and then they produce the image on to a desired base placed underneath the stencil by applying pigment to the cut out area. The main advantage of stenciling is the ability to effectively and efficiently recreate the same lettering, image, or design. The process of stenciling can ensure the resulting design is identical each time as well as it can save a lot of time by following the stencil.

Stencils are typically reusable or are made with the intent to be reused, however some stencils used in aerosol or painting can be made for just one use as well. The reusability and durability of a stencil greatly depends on the material that they are made of. One such material that can be used is stencil film.

Although, there are many different types of stencil film one of the most common and widely used stencil films are mylar films. Mylar films come in the form or sheets and rolls and they can be used for various forms of stenciling. Mylar is considered ideal for stenciling as it has many of the properties that a good stencil requires.

Primarily, mylar stencil film is very tough; it is durable and does not tear easily, which means that it is easily reusable as compared to a paper stencil which may not last more than one use. It is also flexible which means that it can be used over curved surfaces, and it can be rolled up as well. The stencil film retains a consistent shape, does not stretch and the dimensions stay stable which ensures that the resulting stencil is identical each time.

Another property of mylar stencil film that is advantageous is that it is translucent which means that you can see contrast well and position your stencil perfectly. Finally, stencil film made from mylar is very easy to clean as paints do not like to stick to it. These properties make stencil film one of the best options to use for stenciling as compared to other stencil materials such as vinyl and transparency film.

Stencil films also come in various grades of thickness, thickness between 100micron and 188microns are ideal for cutting by hand or using an electrical cutter. It is fairly easy to cut and does not stretch or crease. However, there are also thicker stencil films which are slightly harder to cut and have reduced transparency but have increased durability. 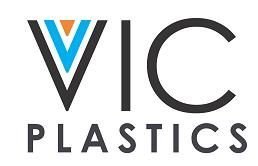